Bath Rugby head down the road to take on West Country rivals Bristol Bears at Ashton Gate in Round 3 of the Gallagher Premiership. 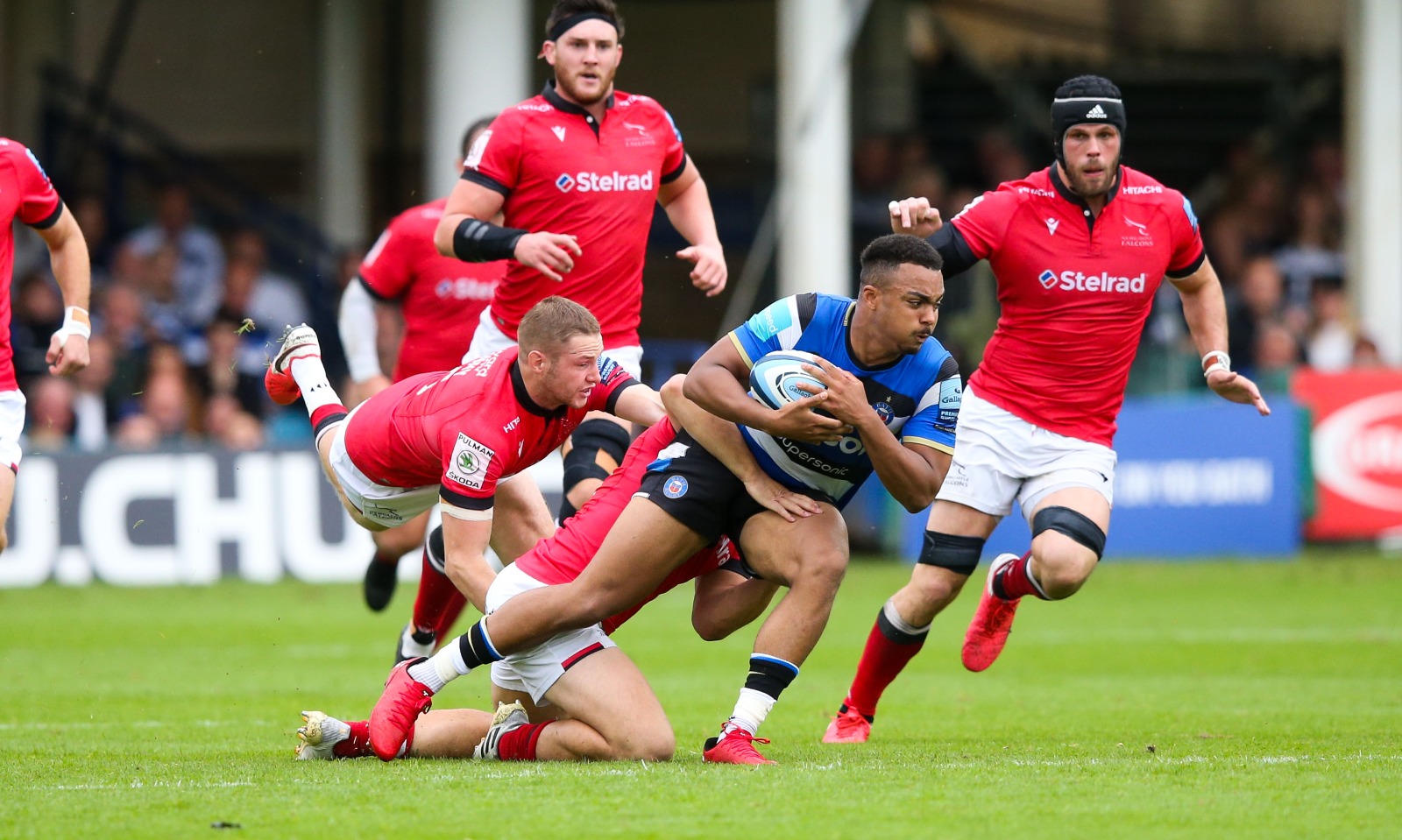 To have over 12,500 at the Rec in Round 2 was special and there is no doubt the Bath Rugby faithful will make themselves heard as the side take on Bristol Bears under the Ashton Gate lights on Friday.

In what will be the club’s first UK televised match of the season, the Blue, Black and Whites energy levels will need to be boosted – as per Charlie Ewels’ post-match comments last weekend – as they face a wounded Bears outfit.

Academy centre Max Ojomoh provided plenty of spark in the second half against Falcons and scored his first senior try for the club; if he features it will be his first experience of a Derby Day with a lot of history.

Many of the club’s homegrown players including Tom Dunn, Miles Reid and Josh Bayliss fully understand the rivalry having grown up on it while new members of the squad in Jaco Coetzee, D’Arcy Rae and Johanne Jonker will be fully knowledgeable by the time the first whistle sounds. 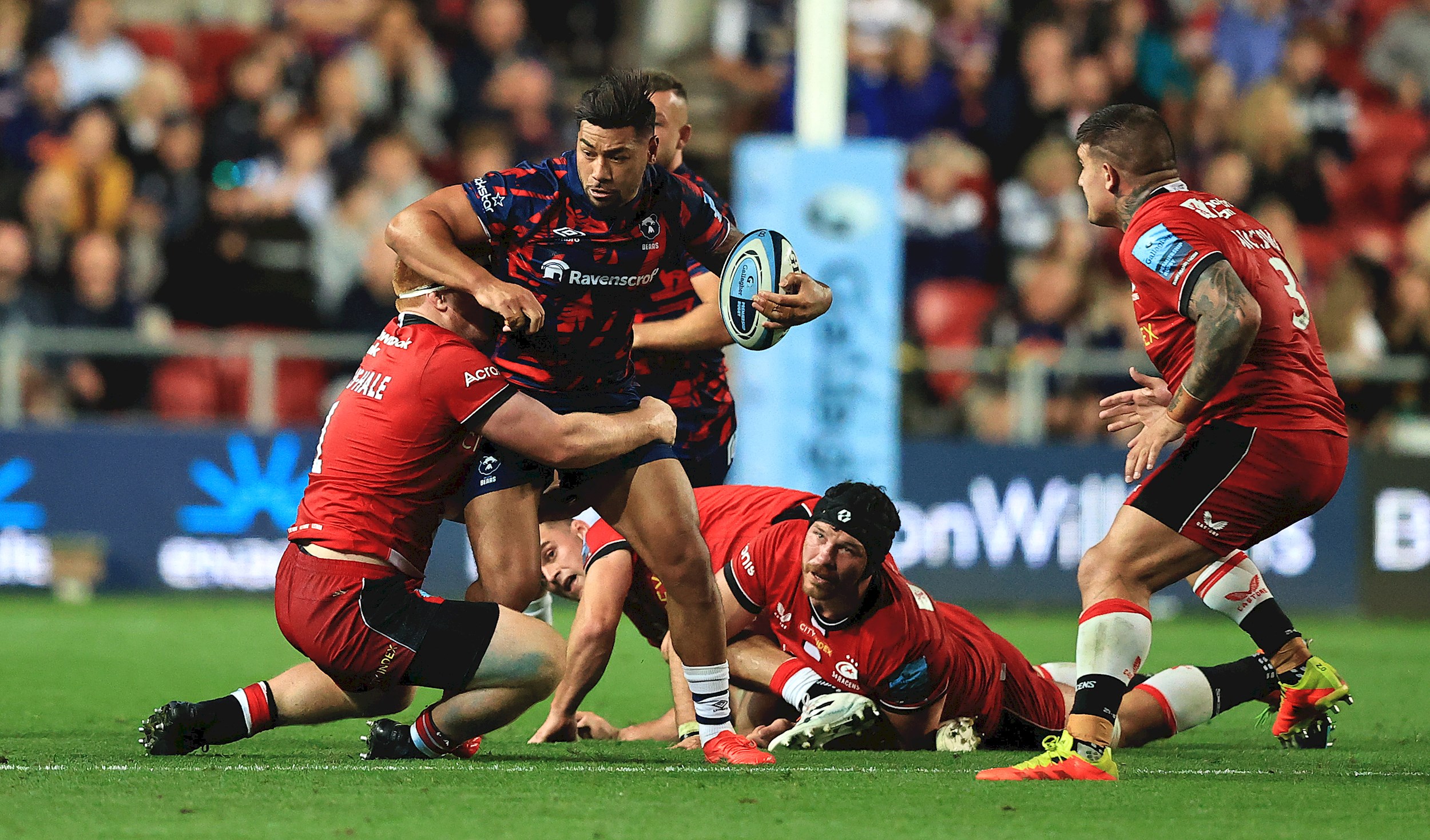 They may have lost influential duo Ben Earl and Max Malins following the expiry of their loans, though an amass of talent was retained with the likes of Steven Luatua and Charles Piutau leading the Bears’ charge.

Whilst there were moments of magic from the latter in Round 1, things haven’t gone according to plan for Bristol in the opening two games of the season.

Pat Lam’s side - who have publicly stated their minimum goal is to reach the Premiership final – were frustrated by Saracens in the season opener and suffered a heavy loss on the road to Wasps the following week.

Despite being without a point so far, there is no need for the Bears to be too discouraged just yet with so much rugby left to be played in the 2021/22 calendar.

One to watch – Charles Piutau

Charles Piutau has the ability to terrorise defences and has a devastating combination of pace and power. An exciting performer with terrific footwork, the All Black’s career showreel contains tries and trickery in abundance and he has proved a fantastic asset to the Bears since his arrival at Ashton Gate in 2018.

“It's early days in the Premiership and we know going to Ashton Gate is a massive game. A Friday night game there, they are huge moments in these players' careers and huge moments for us as a club.” 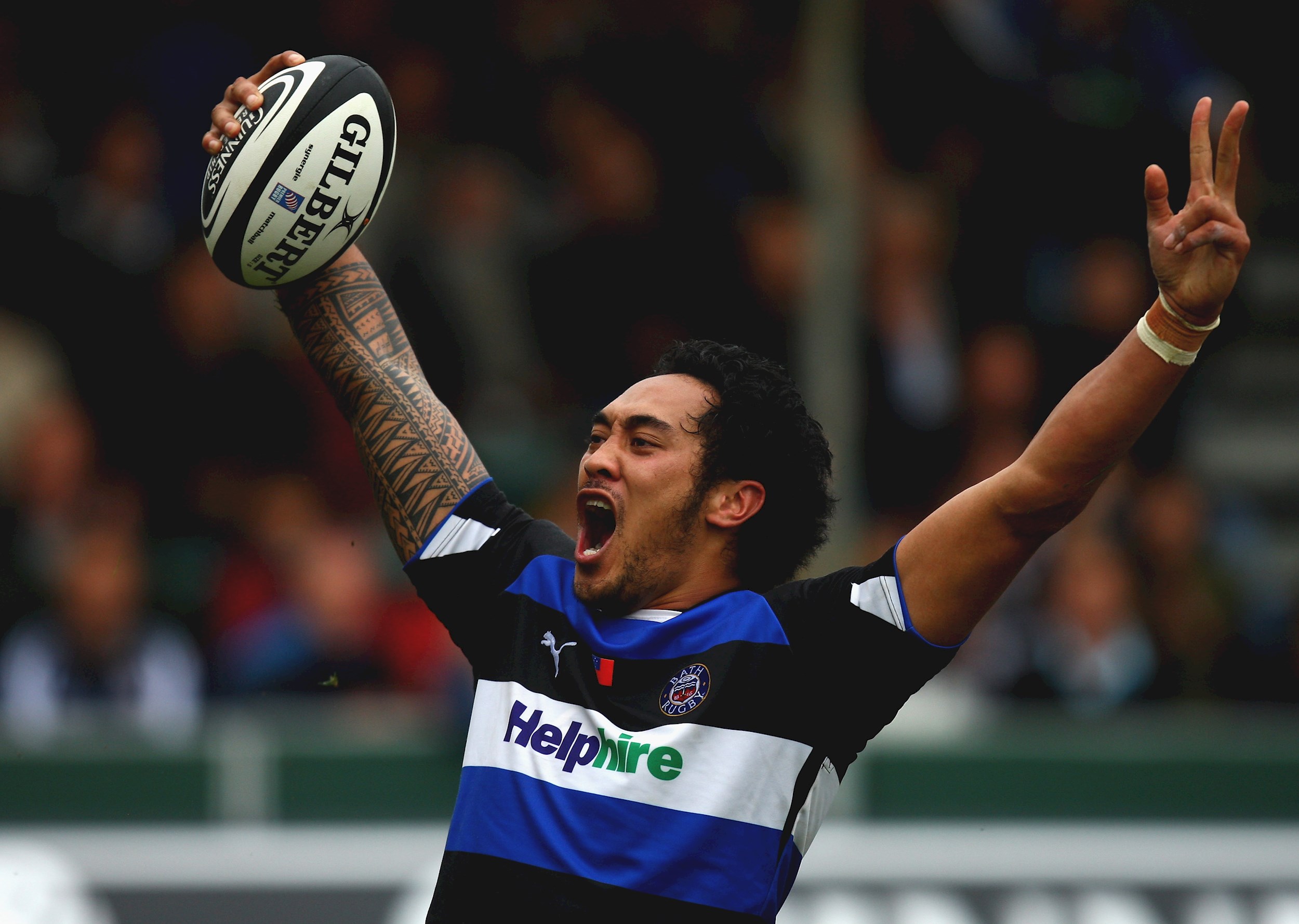 Bristol took the lead through a converted Andrew Blowers try but Bath hit back through a Butch James penalty and Joe Maddock's converted try.

Adrian Jarvis levelled the scores with a penalty and although Tom Cheeseman put Bath back in front David Lemi made it 17-17 at the break.

James then added three penalties to one from Jarvis before Bath scored through Jonny Fa'amatuainu to pull well clear.

FIND THE RIGHT THATCHERS CIDER FOR YOUR MATCHDAY

Match the right Thatchers Cider to your taste for the match on Friday!

Gold is brilliant with cheese (particularly blue!) and great with good old fish and chips, as does Cloudy Lemon, while Haze’s refreshing taste is delightful when accompanied with sticky BBQ flavours.

The delicious Rosé should be tried with a Thai red chicken curry and the light fruity flavours of Katy marry up with delicate savoury dishes with hints of citrus and chilli making it the perfect partner for pasta dishes.

There are plenty of other options for you to choose from – browse the Thatchers Cider shop and select your perfect match!

Tickets for the match remain on sale via Bristol Bears. We can't wait to see so many of you at Ashton Gate cheering on the boys in Blue, Black and White!