After experiencing their first bye week of the season four weeks into the 2021/22 campaign, Bath Rugby return to the Rec to face Gallagher Premiership ‘newcomers’ Saracens. 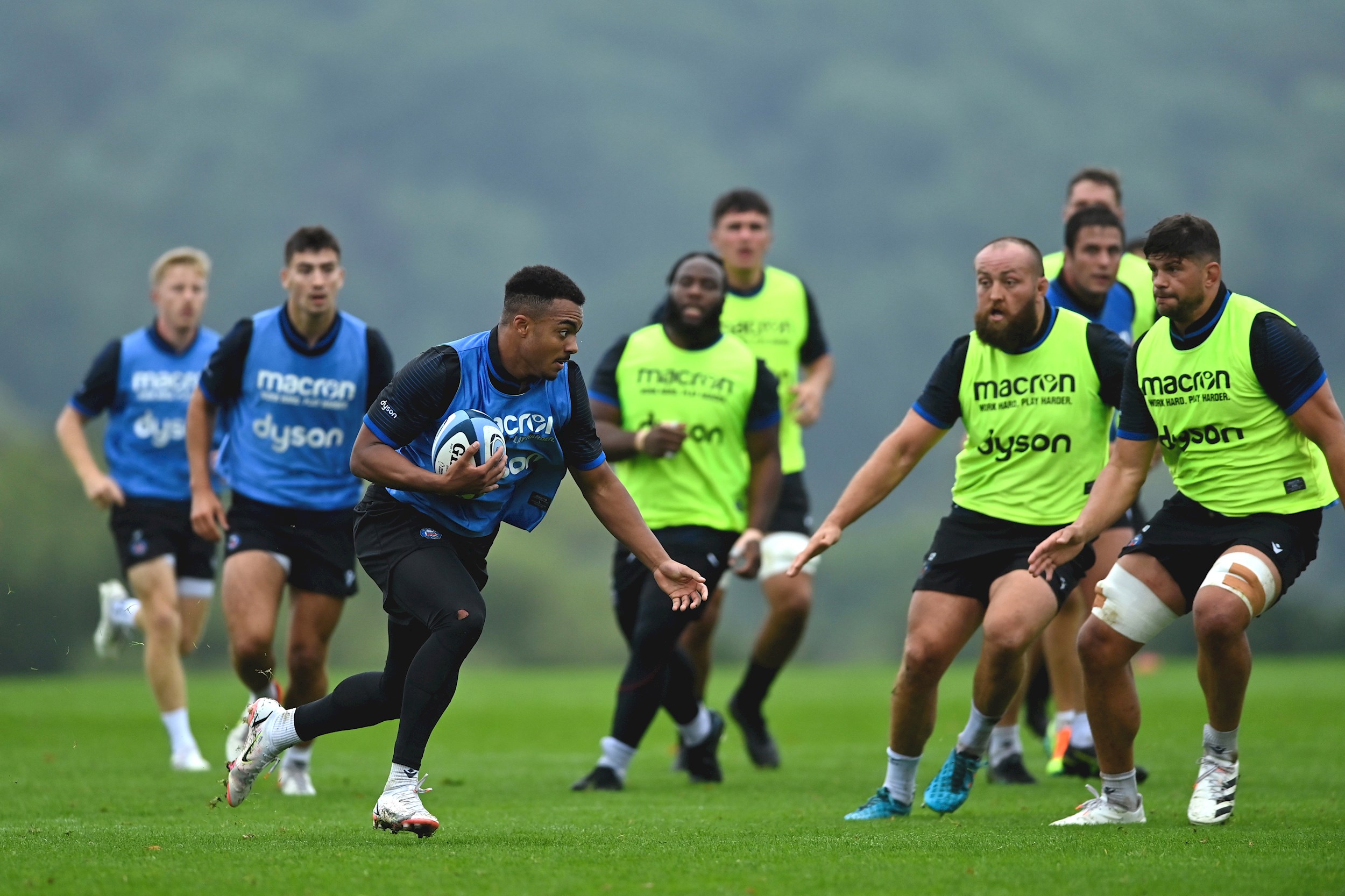 They say a week is a long time in sport, so what’s to be said about two?

The Gallagher Premiership calendar afforded Bath Rugby a week of rest and recuperation just a month in, allowing the players and coaches time to reflect on the previous three rounds of action.

Whilst the Blue, Black and Whites have yet to earn a league win, the first two rounds showed glimpses of promise to those in attendance at the AJ Bell Stadium and the Rec, but it was the wider BT Sport audience and the 24,000 at Ashton Gate who were treated to a real attack masterclass.

The tries scored by Will Muir (2) and Semesa Rokoduguni will be up there with the best this season, particularly the former’s second which showcased delightful Orlando (Bailey) magic and intuitive thinking from Muir and Academy centre Max Ojomoh.

A game of fine margins could easily have gone in Bath’s favour but for two contentious knock-on decisions, however it has been noted by Director of Rugby Stuart Hooper discipline remains a key work on ahead of the visit of three-time European and five-time Premiership champions. 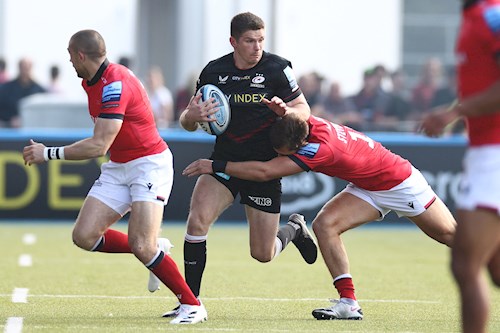 The Saracens squad looks very similar to the group that endured relegation from the top flight in 2019/20 for persistent salary cap breaches.

Experienced quartet George Kruis, Brad Barritt, Richard Wigglesworth and Ben Spencer all said their goodbyes for new opportunities whilst several players plied their trade out on loan during the Championship season.

Beginning with a loss on the road at Cornish Pirates, Sarries dusted themselves off and accelerated on to win the Championship play-off final with ease, going on to welcome back players such as Max Malins, Ben Earl and Alex Lozowski who all enjoyed Challenge Cup success in their short time away from north London.

This term, Mark McCall’s men got off to the best possible start by defeating Bristol Bears away but their momentum was stalled by a bye week in Round 2 and they subsequently lost in agonising fashion against Leicester Tigers – an 80th-minute penalty try sealing their fate.

Back at home to the newly named StoneX Stadium, Saracens were surprised by Newcastle Falcons’ first-half display but their experience told as England four Jamie George, Mako Vunipola and Billy Vunipola all crossed the whitewash, adding to a penalty try and 15 points from Owen Farrell’s boot, to record a comeback win.

ONE TO WATCH – OWEN FARRELL

Since his late teens, Owen Farrell has been a standout player for club and country. The longstanding Saracen was appointed captain of the Men in Black this season and his new role coincides with his current duties with England. A strong, vocal communicator, Farrell currently sits on 99 international caps, a total which includes the British & Irish Lions, and could well be at 100 without a fanfare if his appearance against Japan in the famous red jersey is considered to be Test match.

“Saracens are very well coached and have a lot of international players. They have their own unique style and it suits them. We probably won’t get a game like it was between Bath and Bristol where it was a little bit more open; it’ll be a battle of styles.”

“There is so much more to come, we’ve got a lot more in us. The way the guys set the stall against Bristol was unbelievable so hopefully after this we can fine tune some things, build on it and get better in a lot of areas.” 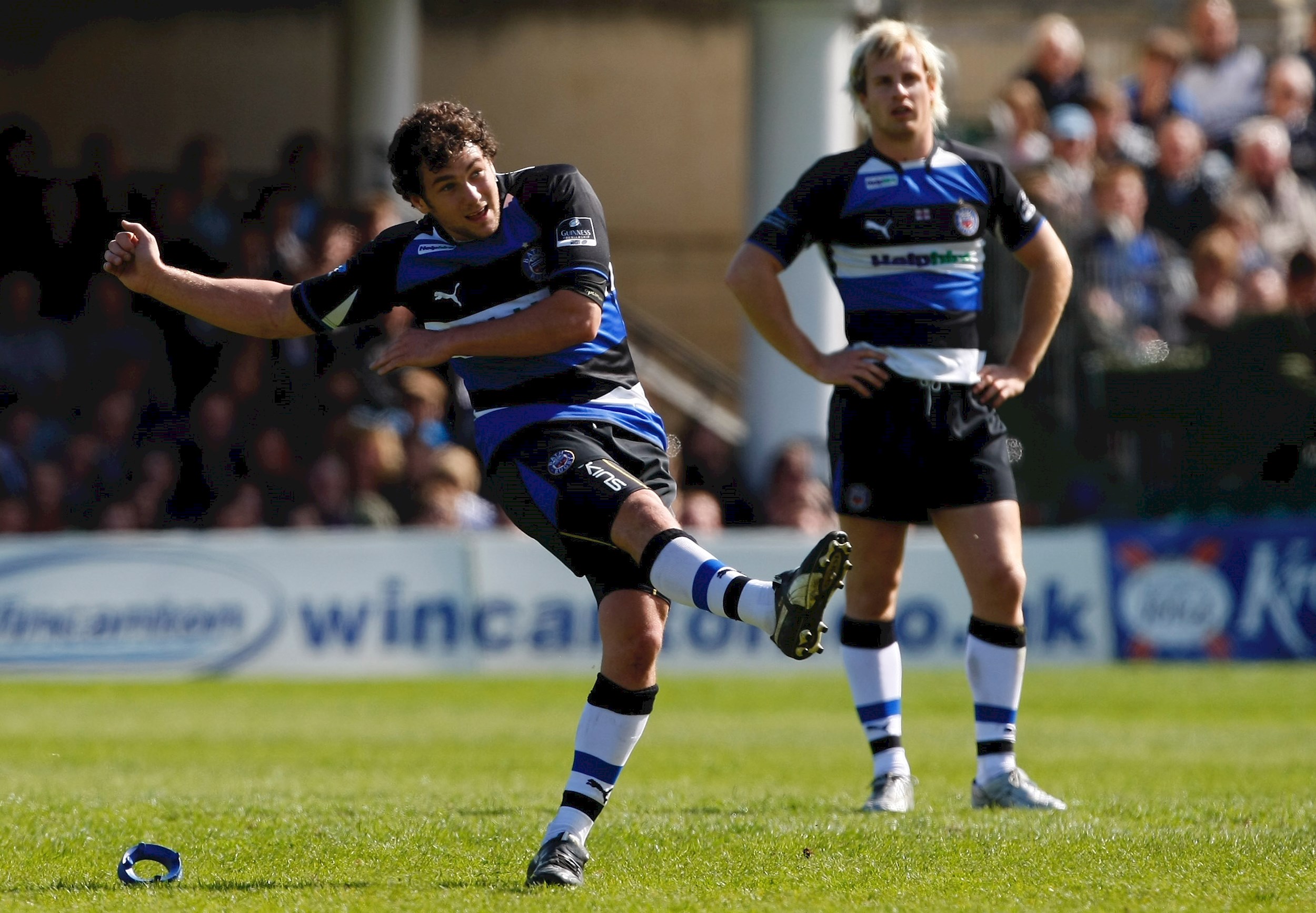 Bath Rugby secured a place in the Premiership play-offs with a resounding win over Challenge Cup semi-finalists Saracens.

Fly-half Ryan Davis (the club's current Skills Coach) delivered an assured display with four penalties and three conversions in a perfect kicking performance as Sarries paid for their indiscipline with three players sin-binned.

The Blue, Black and Whites clinched the points when lock Peter Short crossed 17 minutes into the second half after wing Andrew Higgins had touched down before the break. Matt Banahan's 70-metre interception score during injury-time took Bath past 30 points to add gloss to the scoreline.

Limited tickets remain on sale for the visit of Saracens with ticket holders able to stay on to watch Bath Rugby Ladies' fixture against Supermarine Ladies for FREE!