Bath Rugby welcome fans back to the Rec on Saturday afternoon as Newcastle Falcons visit in Round 2 of the Gallagher Premiership. 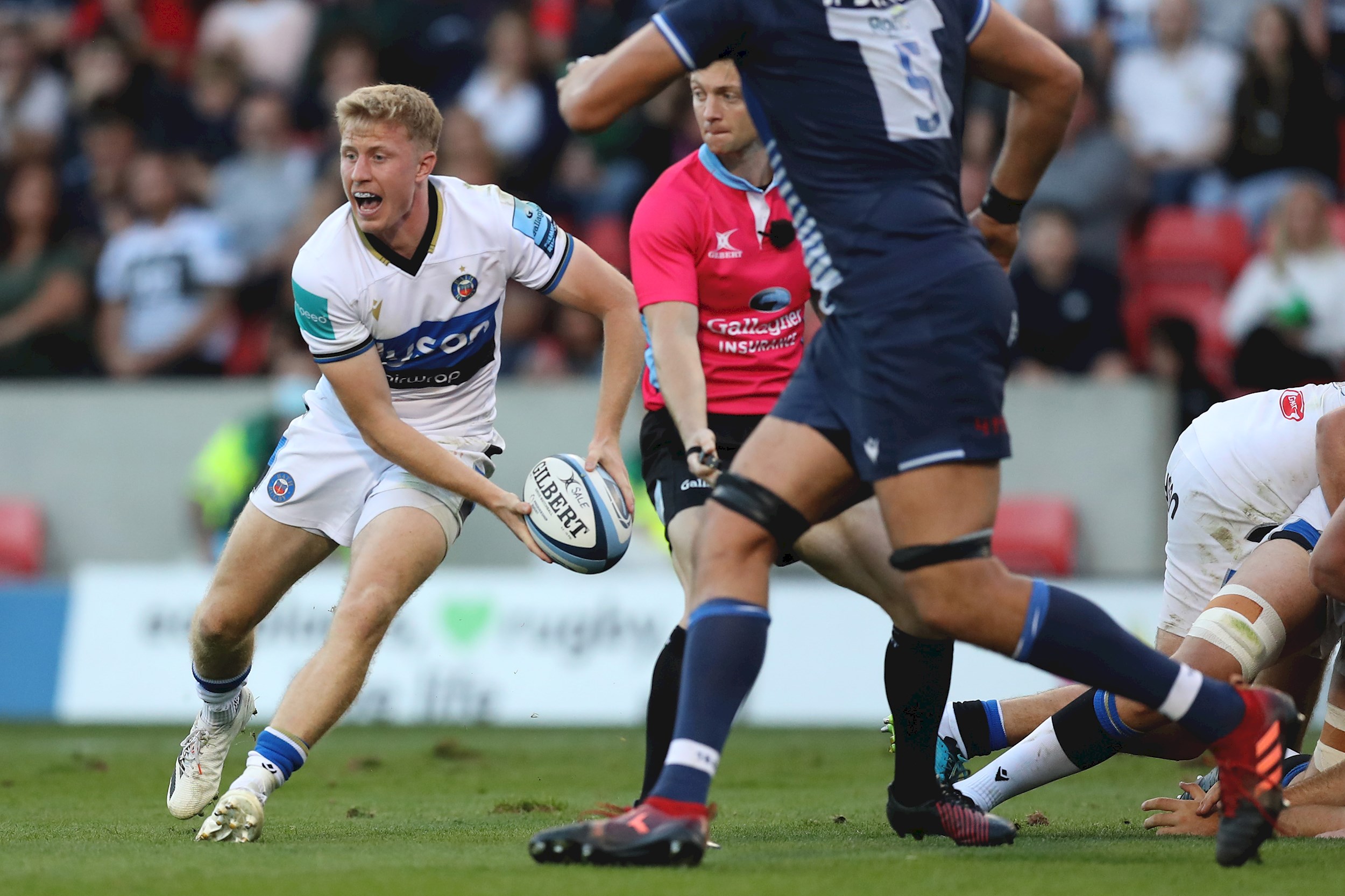 It was fantastic to see the return of a larger crowd in Round 1 at the AJ Bell Stadium and this weekend will be even more special with Bath Rugby fans set to pack the Rec for Newcastle Falcon’s visit on Saturday.

The city will be abuzz with Blue, Black and White shirts in the build-up to the match with supporters able to enjoy one another’s company and catch up on their mutual love of rugby and Bath.

It will be the first opportunity for the majority of Bath fans to see the team’s new style in action. Those who travelled north on the opening weekend will have witnessed an expansive game full of attacking intent and offloads which almost resulted in a superb second-half comeback.

England international Sam Underhill gained over 80 metres from 13 carries, putting in a Bath game-high 11 tackles while the styled allowed for the back three to express themselves with ball in hand as Tom de Glanville, Semesa Rokoduguni and Will Muir accumulated 202 metres as a trio. 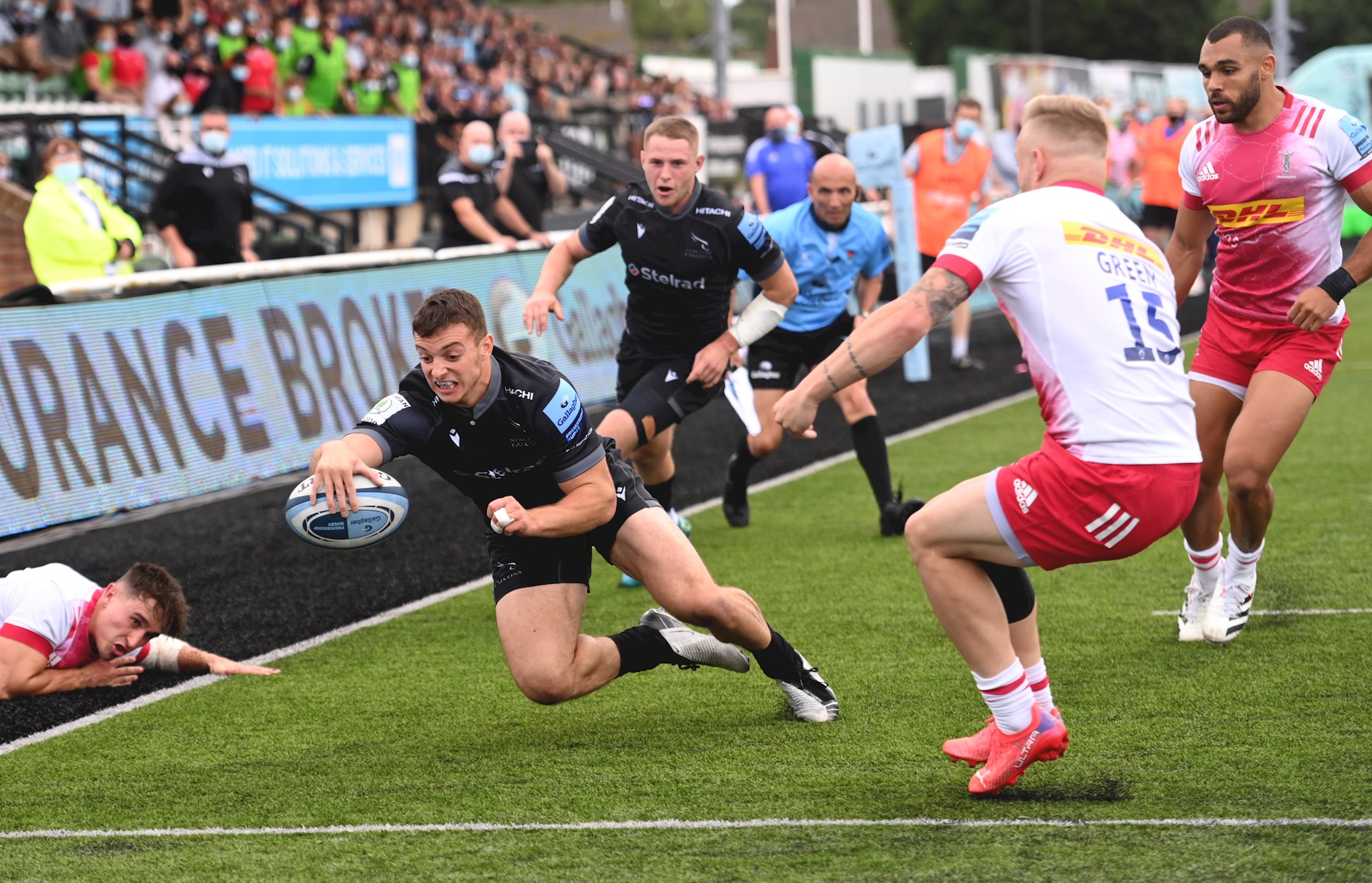 Dean Richards' side scored the second least amount of points (385) in the campaign - only behind bottom-placed Worcester Warriors - with their 50 tries scored placing them in the same position.

They began this season by facing the champions, Harlequins, at home and ran them close. Will Haydon-Smith's last-minute penalty ensured the Falcons picked up their first point of the season by finishing within seven of Quins (20-26).

Newcastle have some exciting talent in their squad with the experienced Mike Brown and Carl Fearns brought in in the summer adding to England international quartet Jamie Blamire, Trevor Davison, Adam Radwan and Callum Chick.

ONE TO WATCH – ADAM RADWAN

A man who wouldn't look out of place in a 100m Olympic final race, Radwan has pace to burn! The wing expressed it on the international stage in the summer, scoring a hat-trick on his England debut against Canada, and carried over his 2020/21 form into the opening day of the new Gallagher Premiership season with a try against Harlequins. He gained 131 metres whilst also beating 10 defenders, making three clean breaks, winning two turnovers and assisting a score.

“What I loved about Saturday was the changing room at half-time at 17-3 down felt good; we were clear with what we needed to do and understood what wasn’t working for us. It didn’t feel like a panic and when we got it right, there was belief we would score points which is what we did. The way we played was a very encouraging start to the way we want to play the game now.”

“I was happy with a lot of what we did produce (v Harlequins), and I thought some of the young boys really put their hand up. There are definitely positives there for us, and it’s not all doom and gloom. You obviously want to win matches and that will never change, but the sense of pride we get when we bring through our young local players on this kind of stage is huge for us." 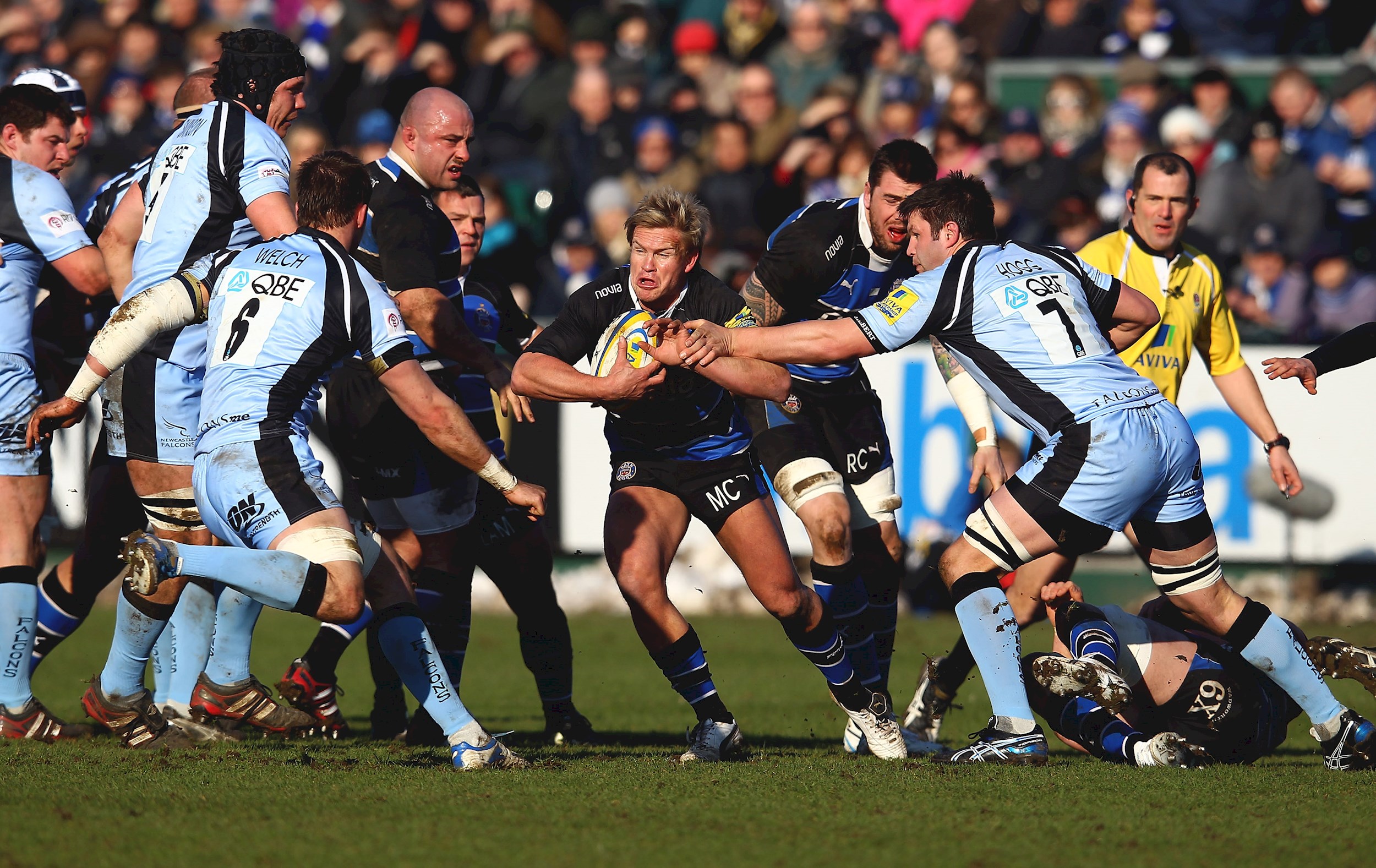 The Blue, Black and Whites turned it around after the break through Woodburn, a penalty try and Anthony Perenise before Will Chudley went over for the Falcons at the death.

Tom Heathcote kicked two conversions and a penalty for Bath who claimed a bonus point for scoring four tries while Gopperth's conversion from Chudley's try ensured the Falcons took a losing bonus point.

Tickets are on sale and we would love for you to join us at the Rec for our opening home fixture!