Dyson Sevens Final a huge success at the Rec!

Bright sunshine and blue skies were welcome at the Rec last weekend for the annual Bath Rugby Dyson Sevens event. Returning for its sixth season, this tournament is one of the fastest growing and inclusive competitions in the junior calendar.

Eight teams progressed to the final from the preliminary rounds of the tournament, four girls’ teams and four boys’ teams, for a jampacked day of brilliant junior rugby.

Each club’s day began  the day with final coaching sessions and breakfast rolls out on the outfield, where there was a certain buzz in the air as the teams warmed up ahead of the first round of the tournament.

Taking to the pitches first were the girls’ teams from North Dorset RFC, Walcats RFC, Trojans Rugby and Chippenham RFC, who provided an exciting couple of matches to kick off the competition.

Cheered on by their coaches and spectators, it was clear to see that participation and performance meant much more than results.

Next to step foot onto the hallowed turf and showcase their Sevens skills were the boys’ teams – Chippenham RFC, Salisbury RFC, Frome RFC and Wimborne RFC.

Each team showcased excellent skills with the standard of the tournament exceptionally high. With hundreds of spectators watching each game, it was exceptionally pleasing to see the game played in the right way.

Bath Rugby hooker duo Tom Dunn and Tom Doughty attended the event to provide the players with a Q&A. Dunn was especially connected to the day having hailed from Chippenham RFC. 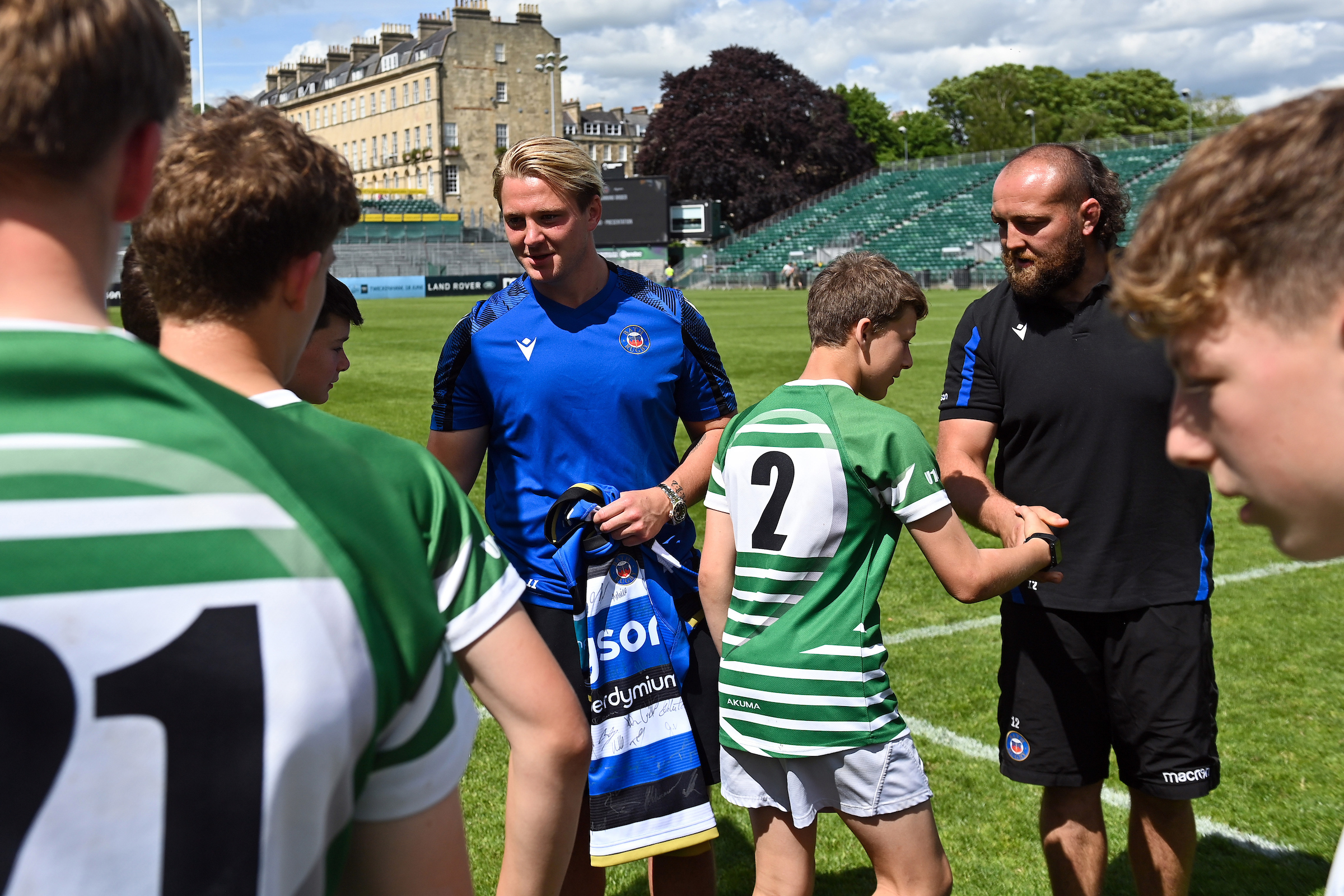 "It was a great event to attend, especially in the sunshine," Dunn said.

"We’ve seen some great rugby here today and these young players have bright futures ahead of them. It’s important at a young age to be allowed to showcase your rugby so thank you to Dyson for partnering with this event."

After posing for plenty of selfies and shirt signing by Dunn and Doughty, the rugby got back underway with the third and fourth place play-offs.

Trojans Rugby girls took on North Dorset RFC girls with the latter coming out on top. In the boys’ play-off, Salisbury RFC took on Frome RFC, with Frome taking the win.

It was a double header for Chippenham RFC who had both of their teams in the final match. Chippenham boys fell just short against Wimborne RFC who were crowned winners, with Chippenham girls beating a tough Walcats RFC team to lift the trophy. 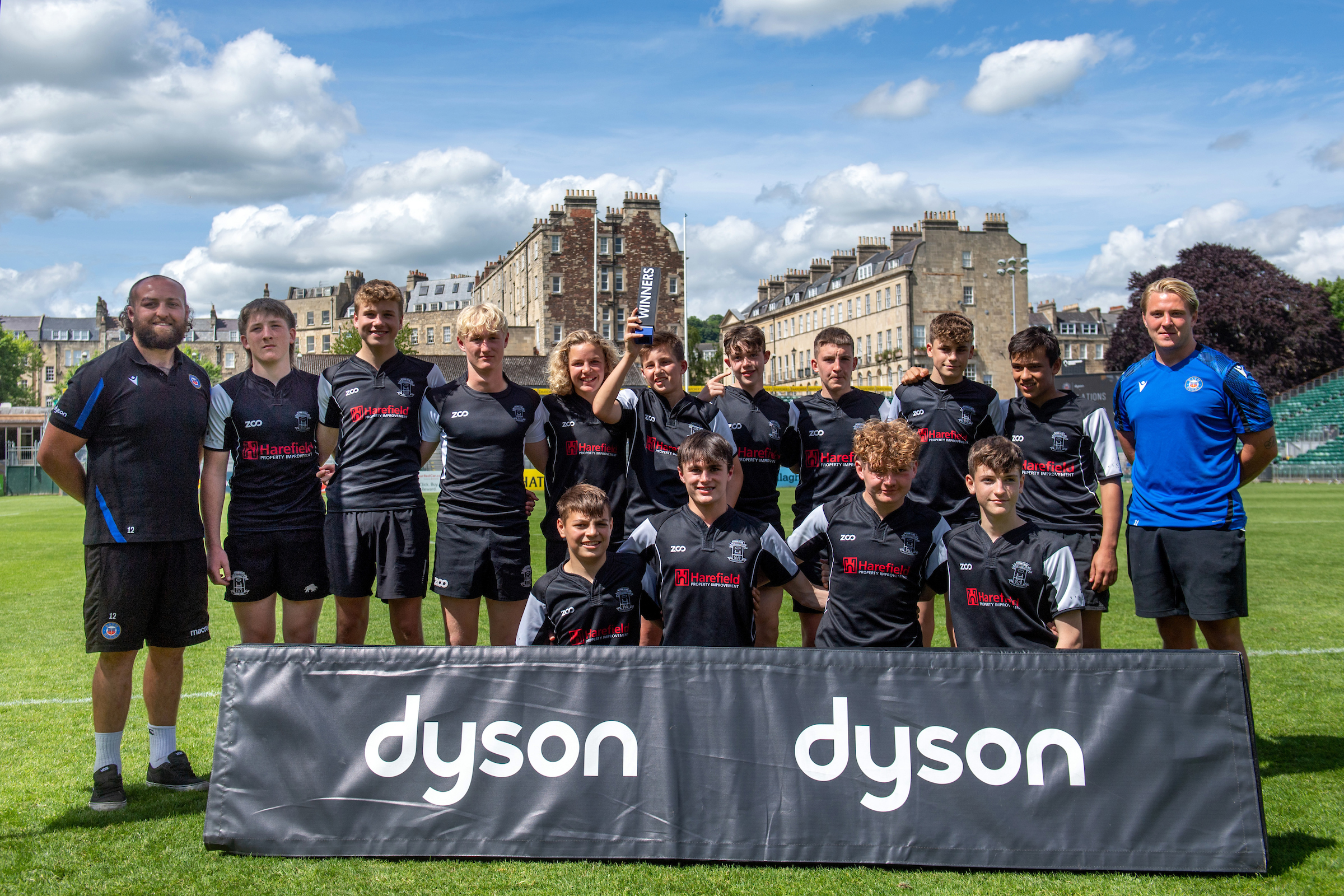 Friends and family were out in their abundance with just over 1,000 loved ones attending the tournament, who got to watch eight games of thrilling rugby throughout the day.

Thank you to everyone who attended and supported the players on a brilliant day, and a special thanks to Dyson for sponsoring the event.

Respect to all those taking part and really proud of @CRFCgirlsrugby winning and @ChippenhamRFC U14's Boys getting Runner-ups. #RugbyFamily #Chippenham https://t.co/0MnSU81efK