Top moments with our next three opponents

With three huge fixtures on the horizon for Bath Rugby, we take a look back at some memorable moments in recent meetings against Northampton Saints, Harlequins and Saracens. 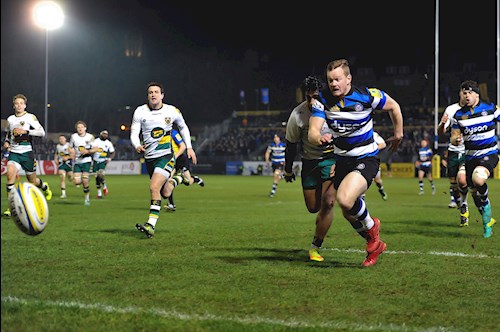 A fantastic solo effort from Chris Cook that was nominated for Premiership Try of the Season. The scrum-half turned winger hopped out of a tackle on halfway before neatly chipping the ball over the defender. The Bath man then controlled the ball superbly with his feet before pouncing on the loose ball to score. The try was Bath's fourth of the day, providing the bonus-point and helping them to a 32-30 victory, as Rhys Priestland memorably slotted a last minute penalty to give the win.

Tickets are still available for this weekends game at northamptonsaints.co.uk 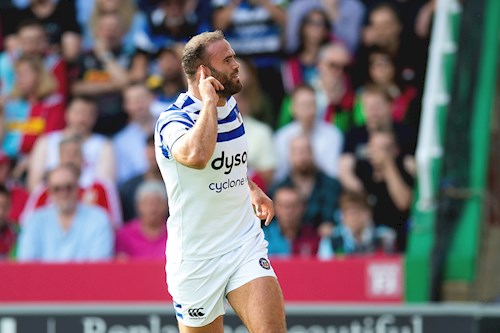 Jamie Roberts made a big impact against his old side earlier this season, crossing for the first try of the game after just 10 minutes. Jackson Willison instigated the move with a clever grubber kick through the Harlequins defence. The ball was gathered well by Joe Cokanasiga who, despite Marcus Smith's best efforts released Jamie Roberts to score to help Bath to their first victory at The Stoop since 2015. 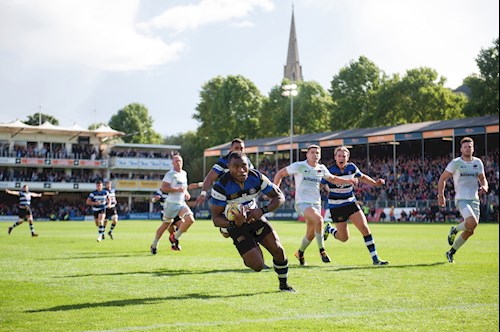 Bath Rugby found themselves four points down with four minutes remaining in a tight affair with Saracens at the Rec. Step-up Semesa Rokoduguni, who scored two spectacular solo efforts to give the Blue, Black and White a 31-21 victory over the eventual Premiership champions. The first try showed a combination of vision, footwork and speed as Rokoduguni beat three defenders to score. The clock went into the red and the winger struck again, intercepting Mako Vunipola's pass and running the length of the pitch for the second successive week.