Byron Lloyd-Gilmour and Will Parry crossed for tries in the first period with George Timmins, Kamoto Kamanga-Dyrbak, Tommy McLean and Rory Cameron also scoring for the junior Blue, Black and Whites

Having finished fourth in the Southern Conference with three wins over Exeter Chiefs, London Irish and Gloucester, Bath had two-week block to prepare for the match with Newcastle with an aim of turning up as the best version of themselves for one final time.

The group’s attitude and application to training and games has been fantastic throughout the Academy season and that was typified with another performance of quality and desire at Sixways.

Bath started the game in strong fashion with Lloyd-Gilmour finishing an excellent transition after a big double tackle forced a Newcastle error.

Sam Harris’ kick proved important on the scoreboard early on as Falcons hit back soon after with a similar score in the corner which they couldn’t convert. 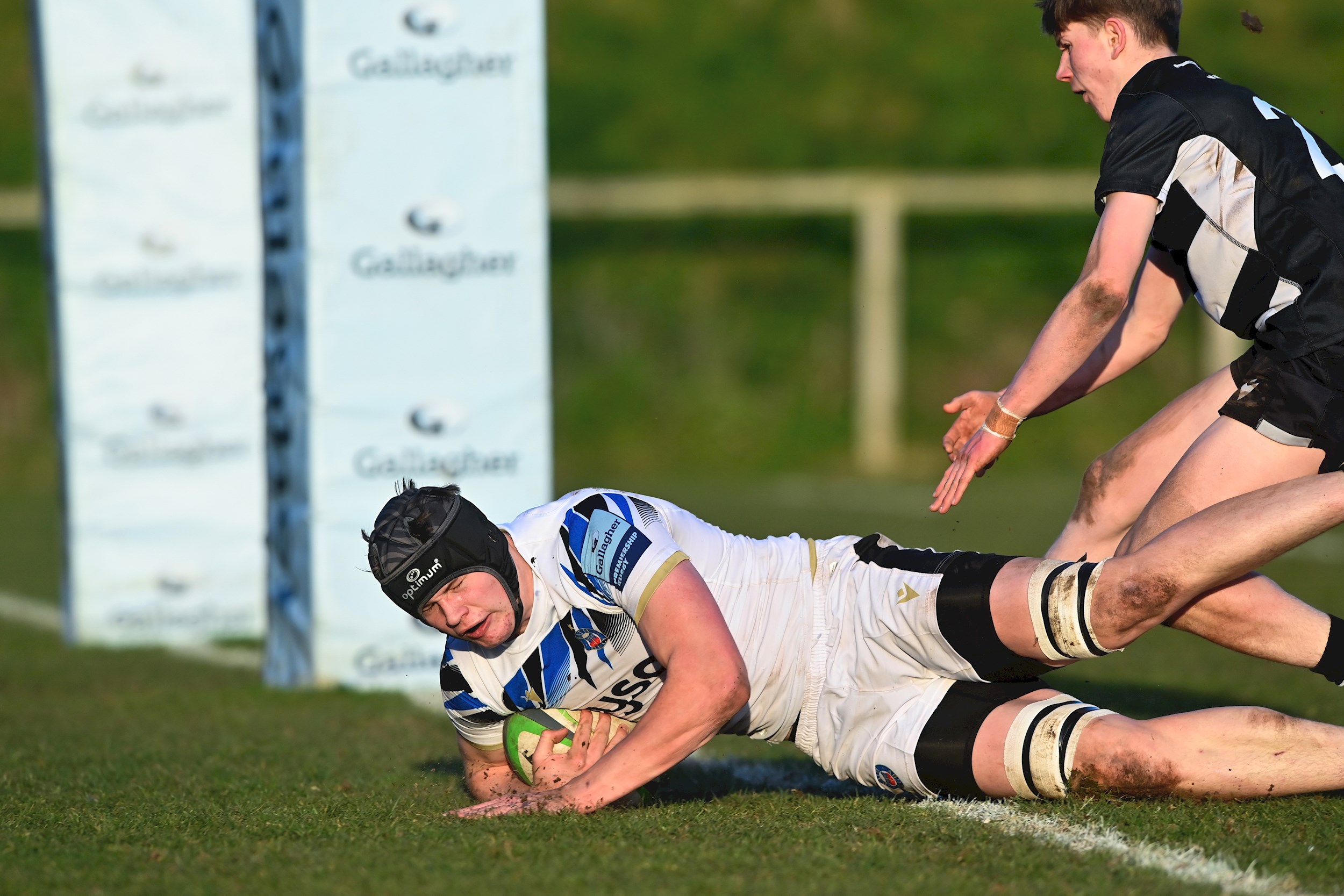 Halfway through the first half, Bath extended their lead. Moving the ball smoothly through the hands of the backs, centre Parry dived into the corner to make it 12-5 at the break.

After the half-time break, Louis Messer and Nathan Catt’s side grabbed their third try. A well worked line-out move 10 metres from the Newcastle line led to Timmins carrying over and Harris adding the extras with a superb touchline conversion.

Newcastle turned up the heat and put some great passages of attack together, but Bath’s defence kept them out and resulted in them being five metres from Newcastle’s line. Some patient forward carries finally unleashed the backs and Kamanga-Dyrbak crossed in the corner. Another great strike from Harris out wide ensured an extra two points.

Falcons’ dangerous attacking play was finally rewarded with a converted try but Bath’s defence proved dominant again and Tommy McLean claimed a try ahead of a final Newcastle score.

The final try of the game came from Bath’s replacement second row Rory Cameron, after receiving the ball from some nice backs play to side-step the Newcastle full-back to go over and Harris’ conversion completed the win.

It was the perfect way to end a campaign of real progression for all players and staff involved.

“Once again, I am so proud of every single of our boys who have played in the U18 league this season,” Academy Manager Craig Lilley said.

“They have been challenged throughout, met each challenge with a fresh perspective and have developed a maturity as well as several key game-related skills which will help them as they progress towards senior rugby.

“I would like to thank every player, staff member, parent and all the schools and clubs for their dedication and support over the season and we are delighted to have been able to end on a high everyone deserves.” 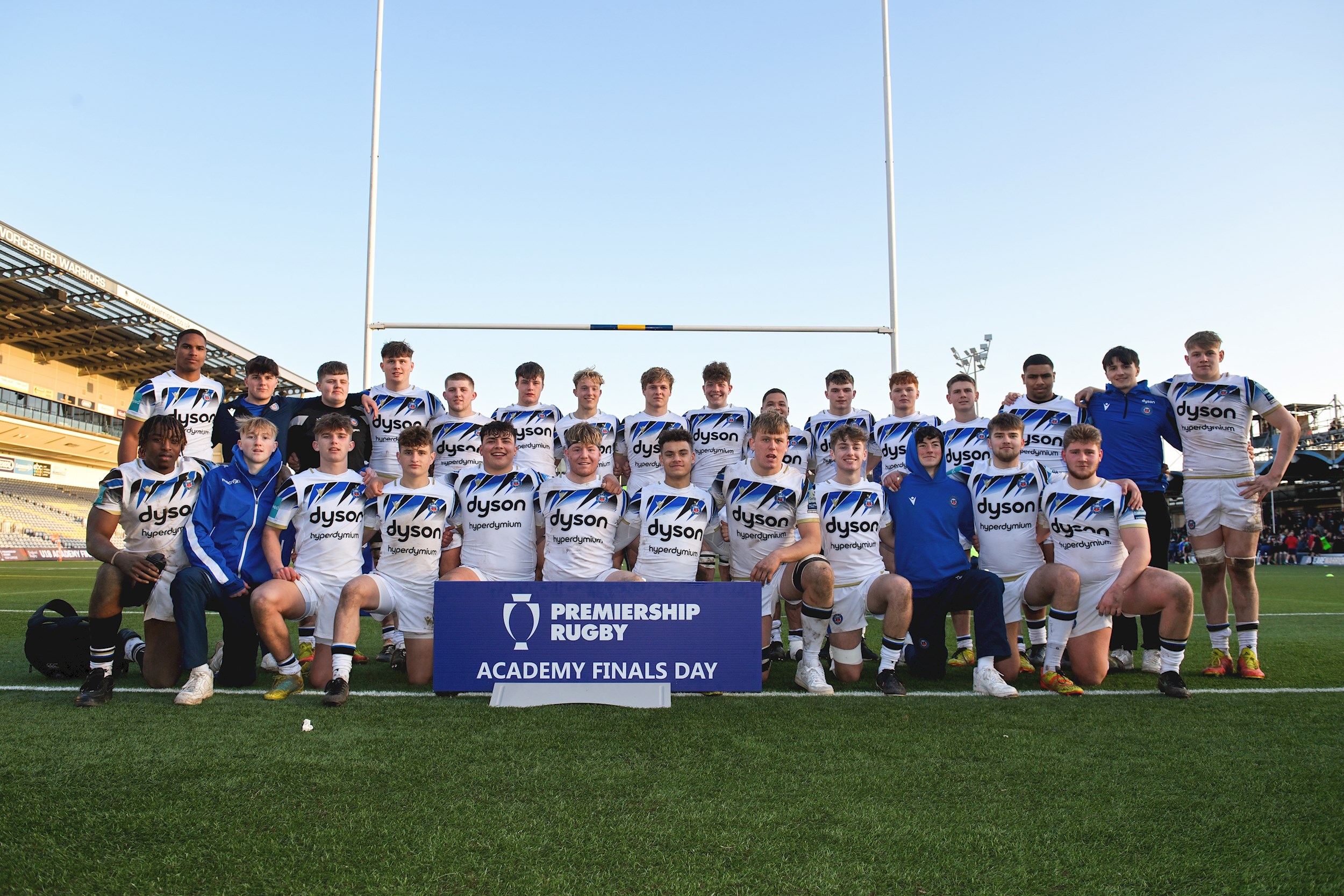 On the match against Newcastle, Lilley added: “I was so pleased to see the boys finish on a high.

“We analysed the threats that Newcastle would bring to the game through their attacking organisation and ability to be a threat with ball in hand.

“We knew that if we could apply enough pressure on them through our defence we would create skills errors which would lead to transition opportunities.

"It was a clear objective of the week leading into the game and it was great to see that applied on Sunday and we had some brilliant outcomes off the back of it.”