Bath Rugby is delighted to confirm six players will be joining the Senior Academy next season.

Jasper Spandler, Mackenzie Graham and Josh Dingley will all join the Senior Academy on a full-time basis whilst Archie Stanley, Archie Maggs and Kofi Barton-Byfield will join the Academy’s University Scholars programme. This will see the latter trio train part-time with the Academy and full-time with the University of Bath High Performance Rugby squad. 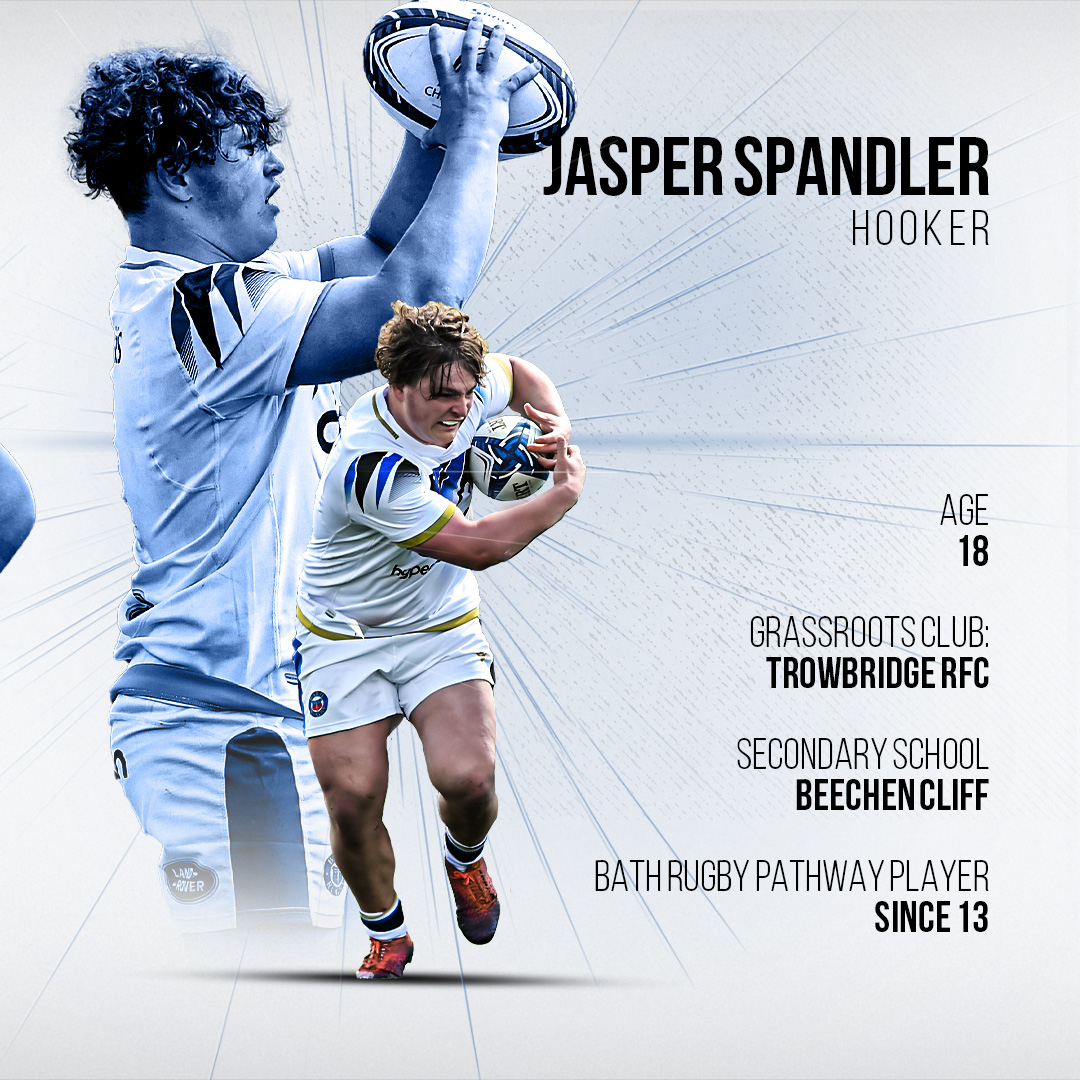 Spandler’s competitiveness nature brings a real edge to the team and his recent performances have seen him selected for England Under-18s at hooker. He attacks and defends with the same passion and his desire to make an impact on the game has resulted in some impressive performances. He is a young man who understands the game well and is really driven to further develop his knowledge and skills. Spandler has worked hard to develop his set-piece and has made some great strides in this area over the past 12 months. 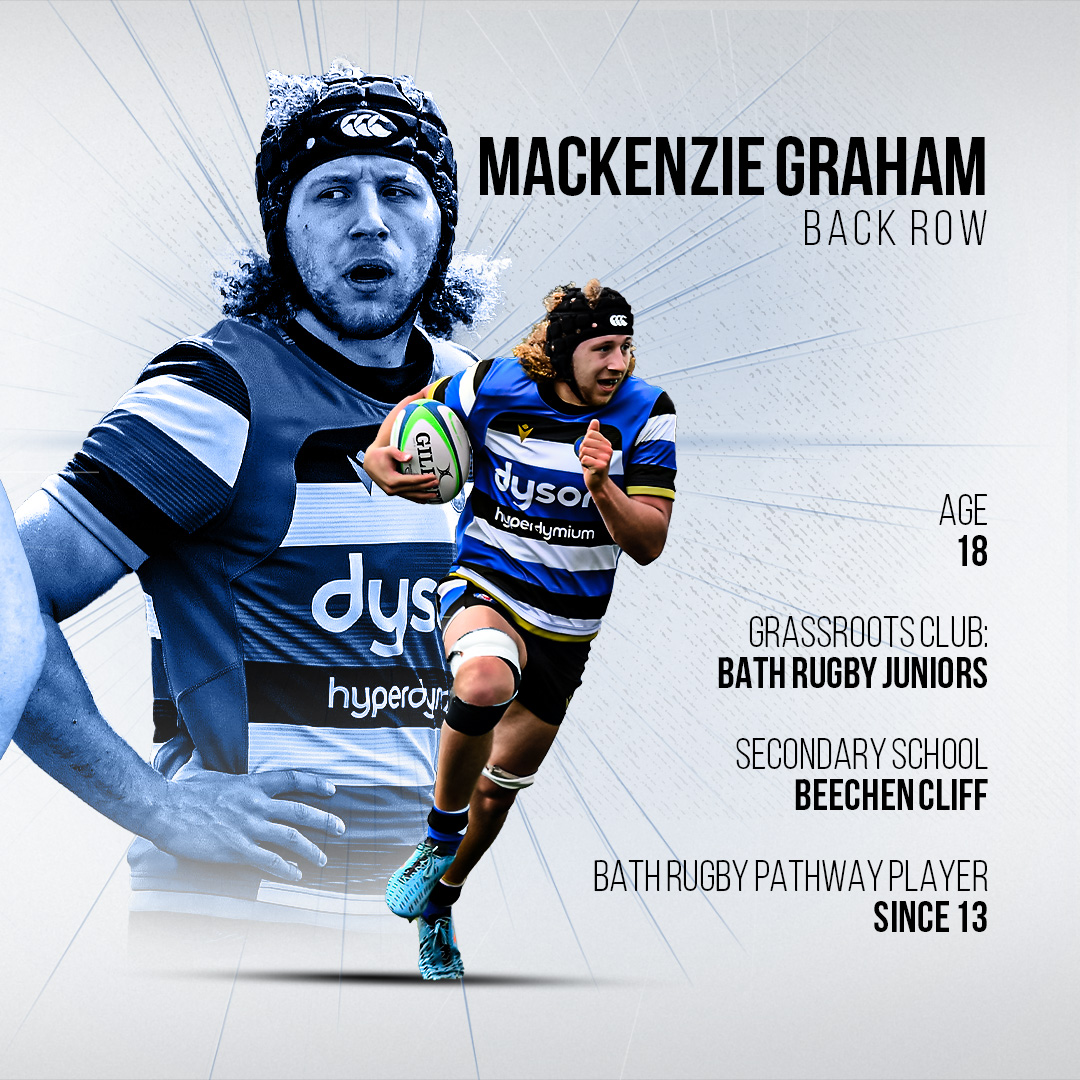 Graham, who appeared alongside Spandler for Bath and Beechen Cliff School over the course of the past two seasons, was born and bred in the city has been in the pathway since the age of 13. He has excelled with a number of powerful performances from the back row and has been an integral part of the Under-18 programme where he led the line-out and delivered some strong performances in both attack and defence. 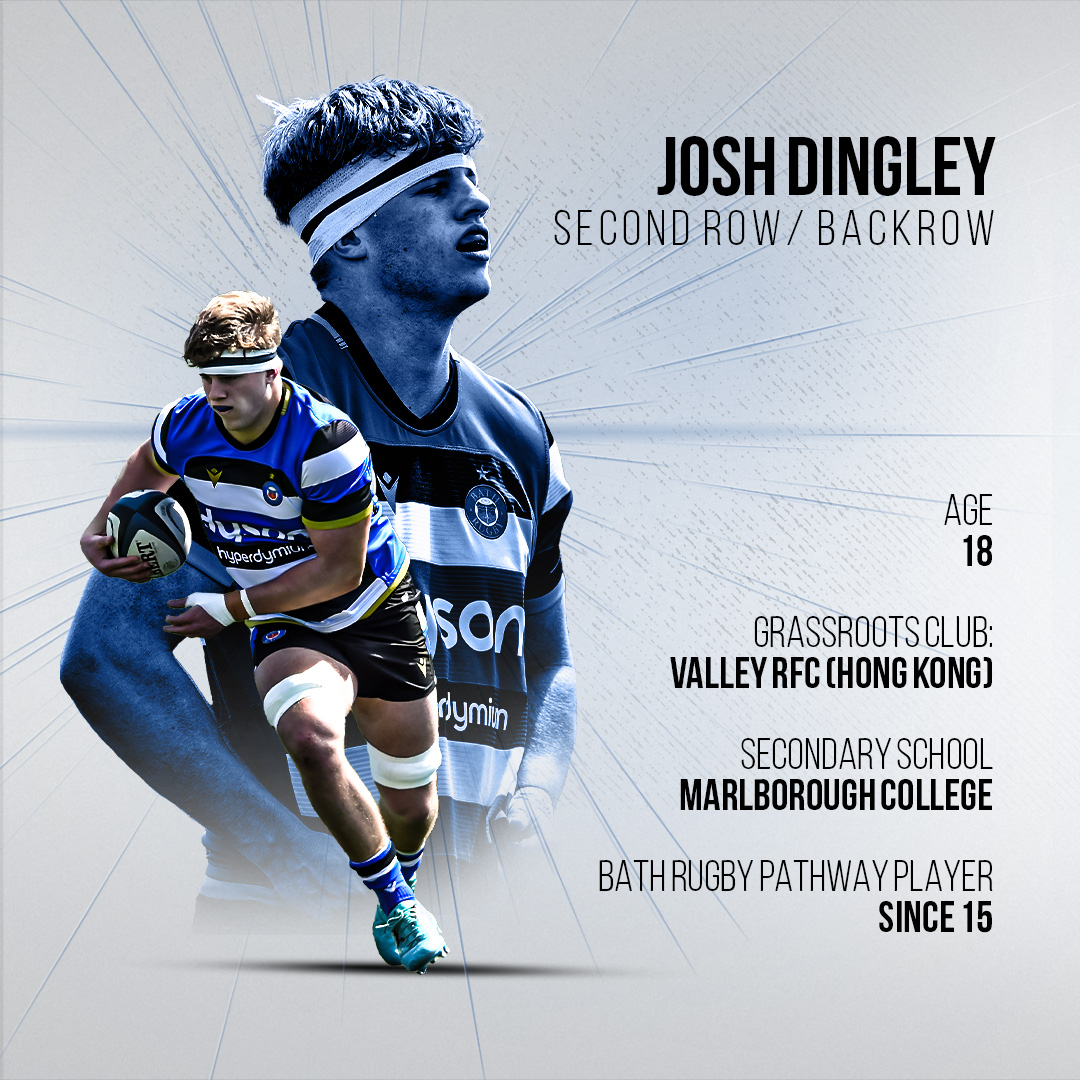 Dingley joins the influx of players into the Senior Academy set up. He has been a mainstay of the system for the past three seasons, representing both the Under-16 and Under-18 teams as well as Marlborough College. The versatile forward, who can play lock and back row, has impressed physically around the field and has demonstrated some excellent progress with his contribution to the set-piece. 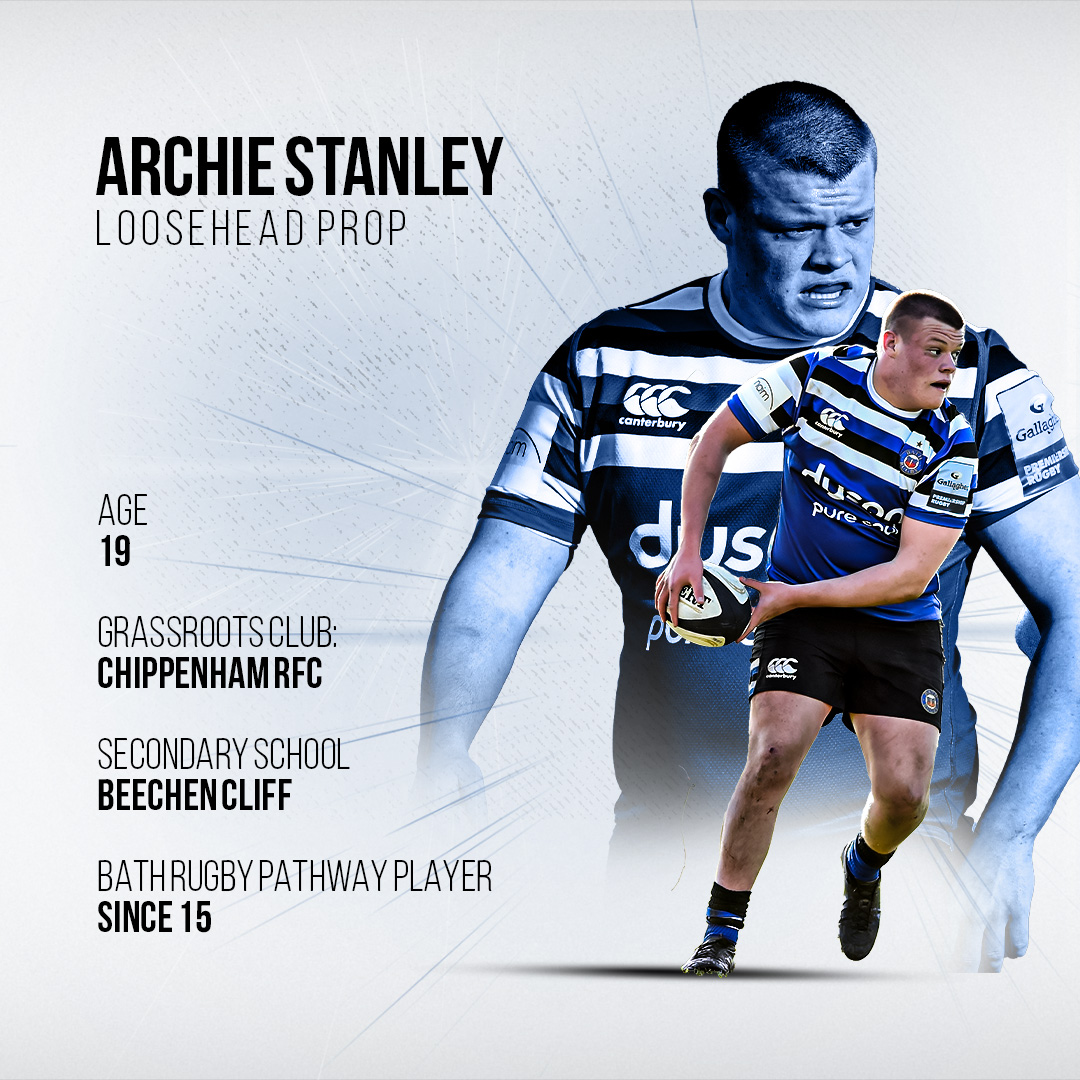 Loosehead prop Stanley has shown his quality in attack with his ball carrying and short passing game. Having studied at Beechen Cliff last season, he has used this year to develop physically to ensure he can bring presence to the set-piece at the next stage of his journey. His passion for the game and for performing as a part of the team, alongside his ambition to reach the very top as a Premiership player, is no doubt going to underpin his development. 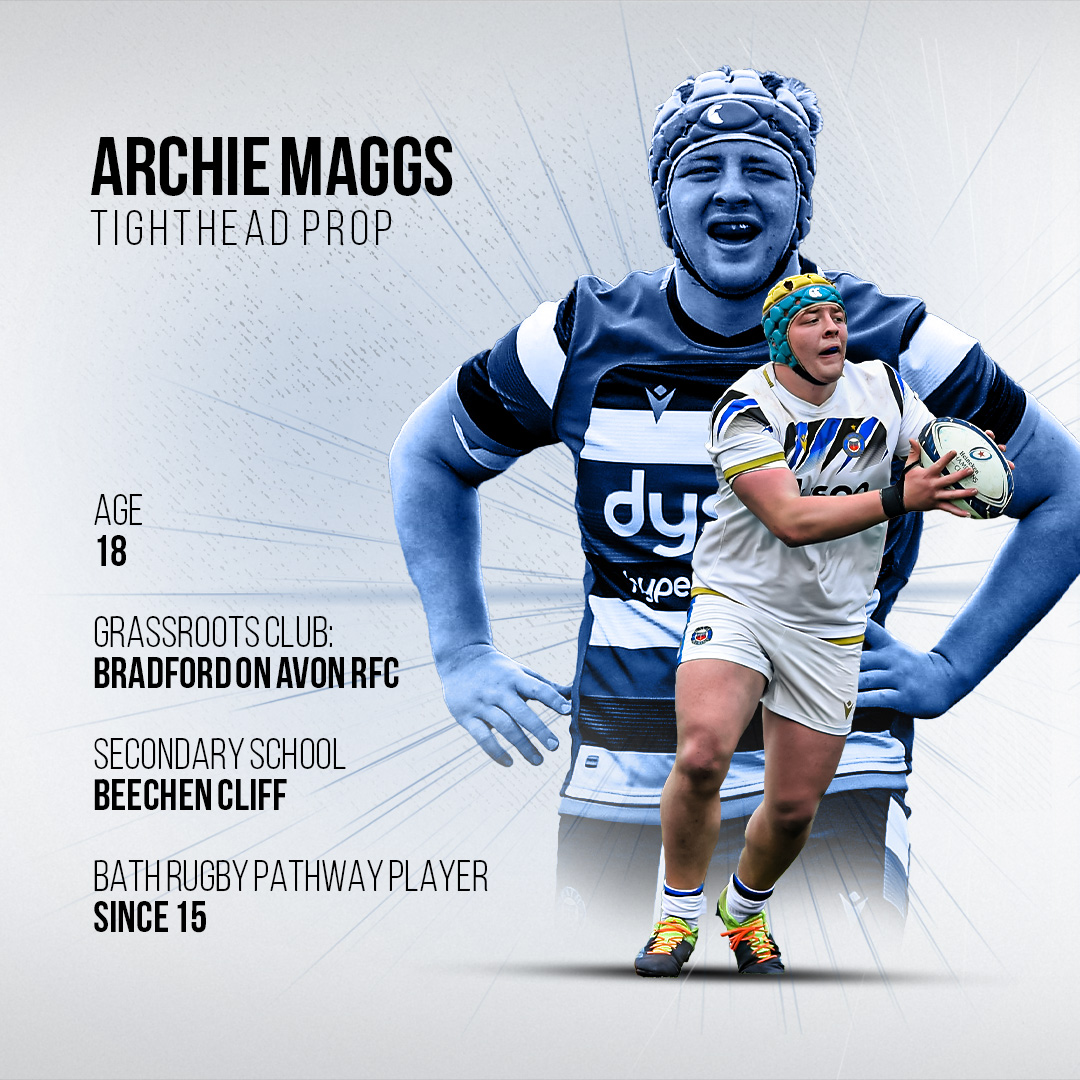 Maggs, another to come through the Bath Rugby Player Pathway at Beechen Cliff School, has also agreed terms with Bath Rugby. An imposing tighthead prop with a solid set-piece, he was a dominant force in the Under-18s season, both sides of the ball. His size and strength in the scrum provides an excellent platform for him to become a destructive scrummager and with time on his side, there will be a clear focus in the coming years to help himdevelop his craft as a front rower whilst fulfilling his physical potential. 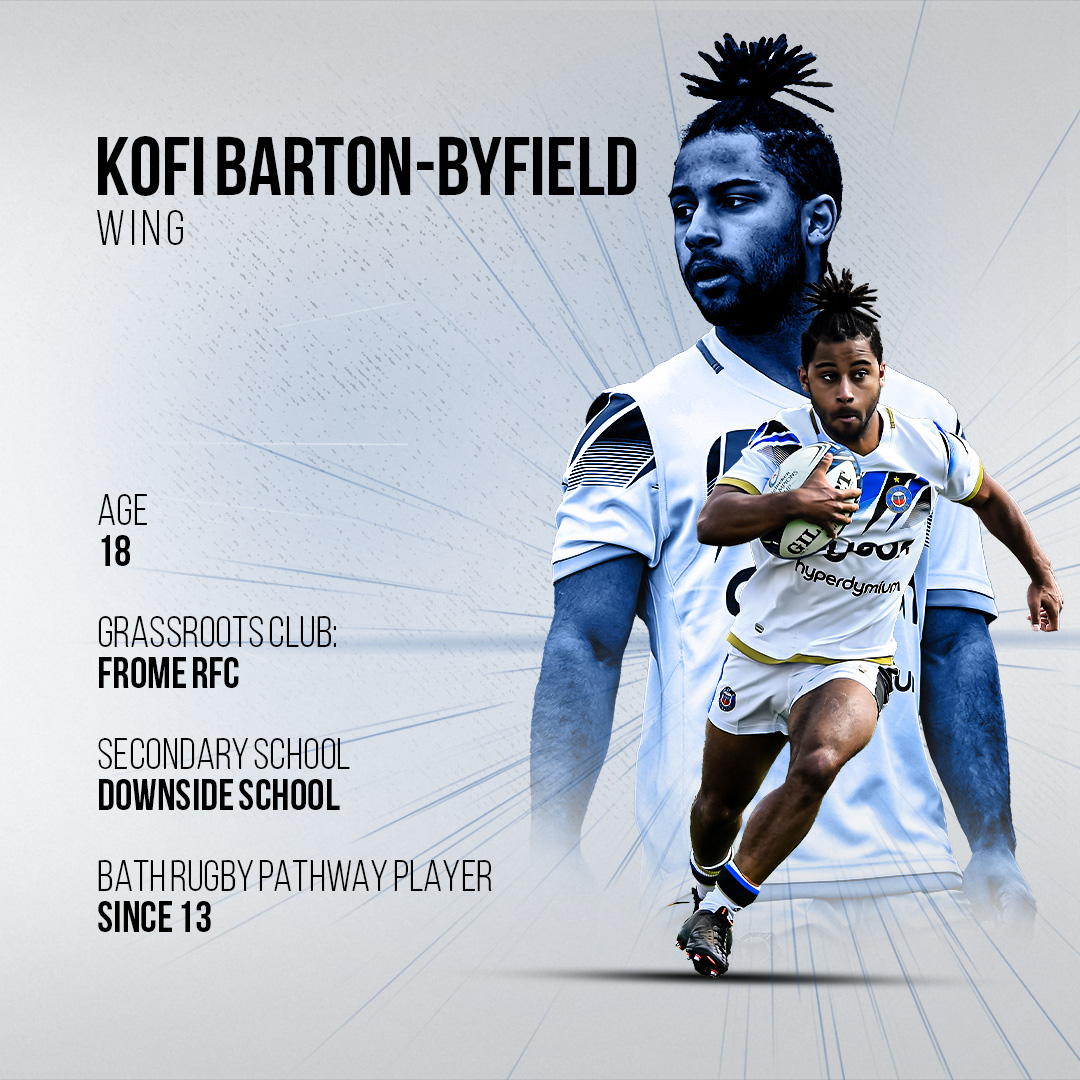 Wing Barton-Byfield is a player driven to improve, work hard and enjoy his time playing the game. He approaches every moment with an enthusiasm that has allowed him to consistently perform for Downside School and the Under-18s. His qualities on the counter-attack, beating the first defender and try-scoring are evident for all to see which makes him an exciting prospect for the future.

On the sextet’s graduation to the Senior Academy, Academy Manager Craig Lilley said: “We are really excited about this young group joining us. These signings and investments demonstrate the commitment to our pathway and our environment here at Bath Rugby.

"To add another crop of homegrown players into our programme is another step towards our vision as a club and recognising the talented young men who exist in our region.

"There is a lot of work for these guys to put in and some real challenges in front of them, but we’re here and ready with the quality of support they will need to learn from their experiences this summer and beyond.

“There have been some great examples recently of players stepping up from the Academy and being given their chances here at Bath, and we’ve no doubt that these players have the potential to do the same.

"One fantastic thing for us is that these players are all progressing within our system from strong school environments. The strength of partnerships and relationships for us as a club is incredibly important. With a lot more work going on between us and the University of Bath in the years ahead, the possibilities within both the rugby and academic pathways for our young players are really strong.”