My England email was in my junk folder! - Ojomoh

Being called up to your country is one of the biggest accomplishments you can have as a player.

Whether it’s a phone call, letter or email, the pride to see you have been named in the national squad for the first time is unimaginable.

For Senior Academy centre Max Ojomoh, he definitely felt elation when he found out of his England inclusion, however he found out later than expected

“The email was in my junk folder!” he chortled.

“I didn’t actually find out until the day of the announcement when Hoops came and told me. I was really surprised, but to get called up for England it was a dream come true.

“To play with some of the best players in England, you can’t really get much better than that and I think it was really good for my game." 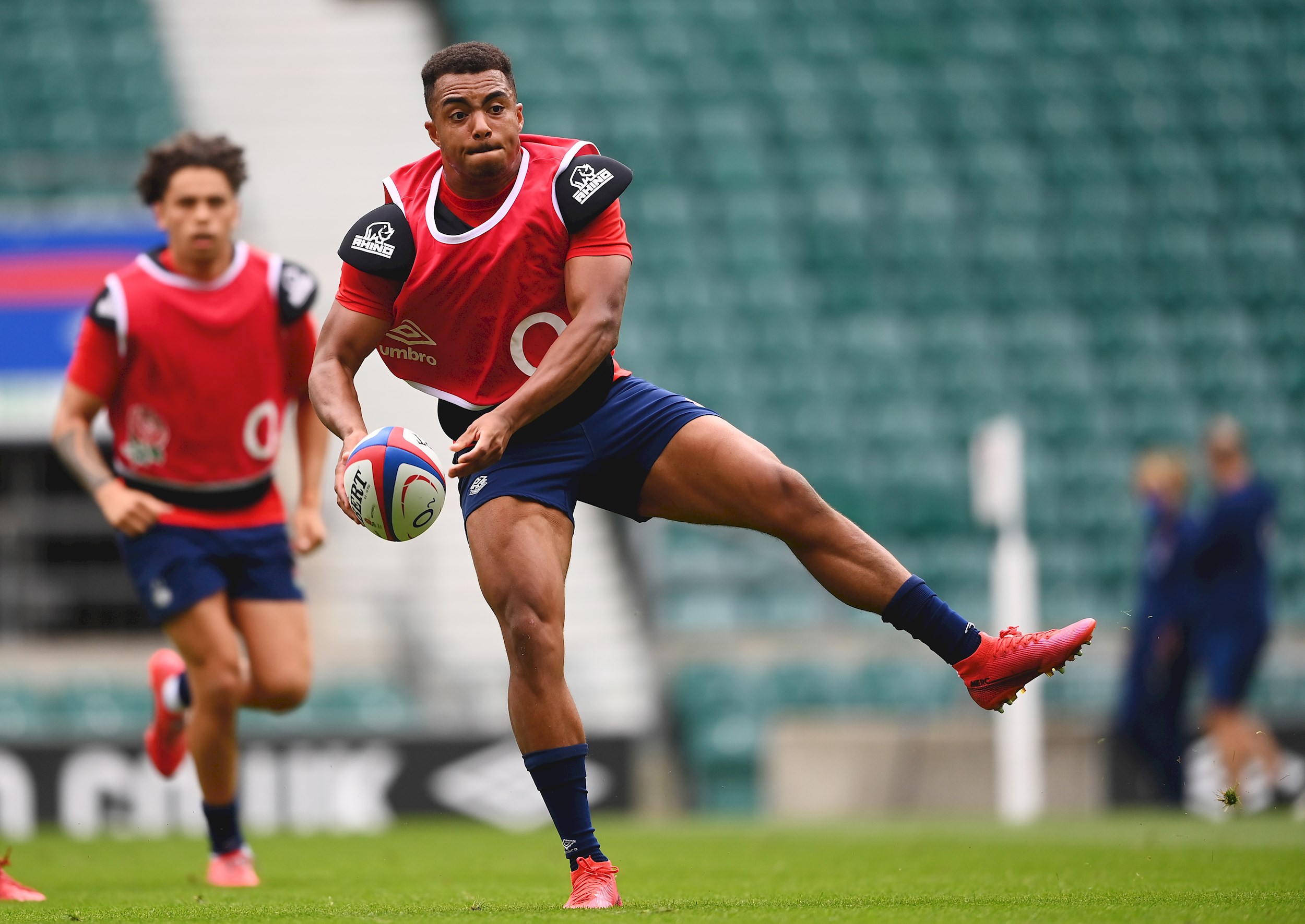 Ojomoh spent six weeks on England duty as Eddie Jones’ side prepared for summer Test matches against USA and Canada.

It opened his eyes to the level required to play at international level and feels spending a long period in that highly competitive environment has given him the confidence to perform in the Gallagher Premiership for Bath Rugby.

“With it almost being game intensity every training session, it feels like I’ve had five or 10 more games at Bath.

“With England, every training session you can expect to be pushed; it’s closer to game intensity. Training helped a lot with my decision making and there were a lot more unit sessions, so it helped refine my skills and mature my game a bit more.

“I’ll take it as a great learning experience and I’m hoping for the season ahead I’ll be a lot more confident going into games knowing I’m ready for that kind of level.”

Six senior appearances into his journey in Blue, Black and White, Ojomoh has returned to Farleigh House with a determination to excel for the club.

One man who knows him extremely well since their first meeting almost seven years ago is Academy Manager Craig Lilley who believes Ojomoh’s England experience was a level of challenge the young midfielder needed.

“My relationship with Max goes back to when he was an Under-14 at King Edward’s School, and he has been on a brilliant journey so far,” he said.

“For Max to get his opportunity and be selected in that England squad was huge for him. He will be disappointed he didn’t get capped as that is the type of character he is but I think that environment was the next level of challenge he needed to see how much growth he could make as a player and see that international level of how people approach training and seeing how people execute at that level.

“It was massive for his development. Hopefully he can come back now and it’s a carrot for him to continue and progress towards.” 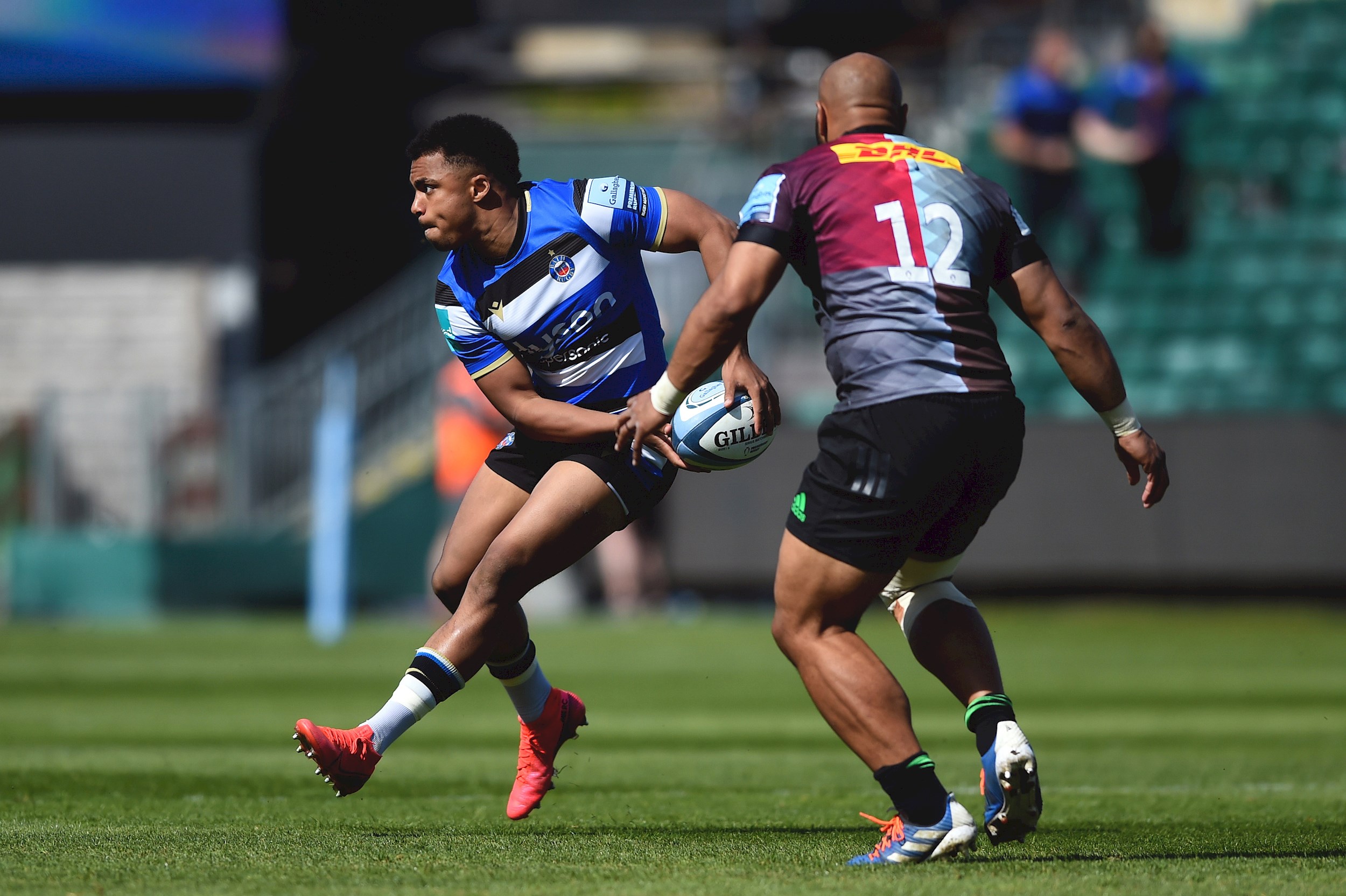 In his mandatory five weeks off following his time with England, Ojomoh spent time learning his craft, regularly catching up with Attack and Backs Coach David Williams to ‘plant the seed’ of the club’s new attacking style.

Speaking in the second episode of Bath Rugby Unseen, the 20-year-old is excited by putting that style on to the field.

“During my five weeks off, I was in most weeks with David going through what we’re looking for next season.

“We’re really focused on our style here at Bath now and we’ve said regardless of the scoreboard if we find a style that works that we can come to each game week-in, week-out with, the results will come.

“I’m hoping with how we look in training, the results should be there from the get-go.”